Despite the best intentions during the engineering and design phase, things can go amiss in a pastefill system and the pipeline ends up becoming plugged. The first step is to safely empty the boreholes as quickly as possible and attempt to clear the line with water. After ‘saving’ as much of the system as possible, the remaining level piping and boreholes should be cleaned with high pressure water or other manual methods.

While the cleaning process is underway, a parallel investigation is often undertaken to understand the cause of the blockage with the aim of preventing similar instances in the future.

What tools do Pastefill Engineers have at their disposal to perform this forensic analysis?

The main question is: What caused the blockage? From experience, the blockage can be a result of:

The analysis to determine the cause of the blockage can have the following general format:

With this information, it is possible to piece together the series of events that led to the pipeline blockage.

Interpretation of underground pipeline pressure readings is a valuable skill. It can be promoted on site by reviewing the findings of the blockage incident with the operations personnel, including the signs leading up to the event, so that they can read the signs given by the system data and possibly avoid similar events in the future. 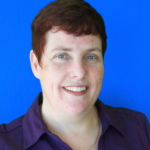 Maureen is a Senior Process Engineer in Paterson & Cooke’s Sudbury, Ontario practice. She has worked in mining and milling for over 18 years and specifically in paste backfill design and operations for over 12 years. Her expertise includes backfill management planning, hydraulic modeling of distribution systems and start-up/commissioning of backfill operations.

Maureen is bilingual (English/French), a licensed Professional Engineer in Ontario and Quebec, and has authored several papers involving paste plant operation, troubleshooting and pipe wear during the transport of paste tailings. She has recently completed her Masters in paste system wear and is beginning her PhD.