The use of antiquated technologies, changes in duties or increases in throughputs usually result in inefficient operation and poor thickener performance. These conditions are normally identified by a decrease in underflow density, poor overflow clarity, an increase in flocculant consumption, the presence of froth on the surface and poor control of the thickener.

Paterson & Cooke has successfully upgraded many thickeners over the years. We have found that the majority of the issues mentioned are caused by a combination of air entrainment and poor feed system designs that lead to the short circuiting of the coarse and fine material, which in turn leads to uneven distribution into the thickener tank. 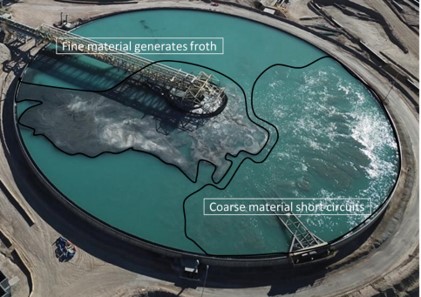 The image above shows an example of the segregation of coarse and fine particles. The fine material plumes to the surface and the coarse material reports to one side of the tank floor. As a result, we often see an abundance of froth on the surface of concentrate thickeners which leads to poor overflow clarities and a loss of valuable concentrates. In tailings applications we see torque spikes, poor under and - overflow results, excessive flocculant consumption, and difficulty in controlling the thickener.

When reviewing the existing designs, a holistic approach needs to be taken. Upstream and downstream components also need to be considered to ensure the entire system has been optimized and that any changes that are made will not compromise the equipment or be detrimental to the process. 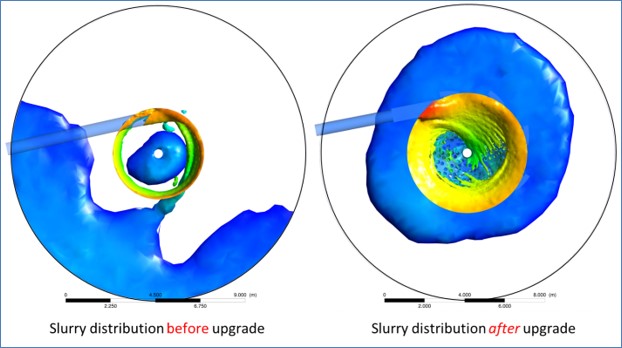 The image above shows CFD simulation results of the predicted improvements for feed distribution. The table below shows the actual process performance results after an upgrade was completed.

If you would like to improve the performance of your thickener, reduce your flocculant consumption or would simply like to increase production, please don’t hesitate to contact us: http://www.patersoncooke.com/contact-us/ 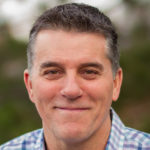 Mike manages field services for Paterson & Cooke’s North America region. He has been involved in thickening and separation technology since 1990. He is a proven global business leader and keen marketing strategist with more than 24 years of experience in business and product development, and process equipment services with special knowledge of mining operations.